Is Your Organization’s Meritocracy a Myth? Recognizing and Reducing Bias in Decision-Making 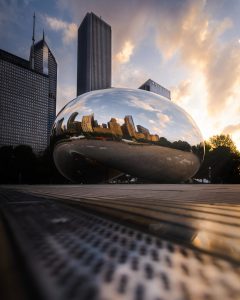 Photo by Trace Hudson from Pexels

How many people in your company or organization believe that their workplace fairly selects and advances the best and brightest in their field? Likely, the vast majority share this belief. People and organizations from around the world hold meritocratic ideals (1) – the belief that merit, or talent and effort, determine rewards, professional advancement and success. And this belief in meritocratic mobility is particularly strong in the United States at 69% of Americans. (2) The common sentiment about merit goes something like: You study hard, you work hard, and you receive an equal opportunity to be rewarded accordingly for your effort. This strongly-held belief in meritocracy can easily explain distributions of resources and status within an organization, as well as in society more broadly. But what becomes of a meritocracy when underlying bias is actually shaping decision-making outcomes that were supposedly only based on merit?

Bias masquerades as meritocracy in decision-making in business, contributing to patterns of inequitable resource allocation and treatment of underrepresented groups. A concrete example is the now-famous study of anti-bias hiring measures in orchestras. (3) As late as 1970, women represented less than 5% of membership in the top five orchestras in the United States. The traditional method of selection at the time was for the director of the orchestra to hand-pick from those whom they evaluated – supposedly according to merit – as the top talent. In the 1970s orchestras began hosting “blind” auditions to interrupt the biases found in selection processes that skewed gender representation. Simply imposing a screen and having candidates remove their shoes to hide the gender of the candidates under review in just the preliminary audition presented a 50% increase in the selection of women to advance in the selection process. As a result of these bias interventions, by the 1990s the top orchestras increased their representation of women by 30%. Studies like this show that decision-making grounded in unexamined belief in meritocracy is riddled with bias and requires proactive anti-bias measures to begin to truly evaluate based on one’s merits.

In fact, research demonstrates that bias against underrepresented groups actually increases in organizations in which the idea of meritocracy is more strongly held as a core value. Researchers Emilio Castilla and Stephen Benard (4) found the “paradox of meritocracy” to be that organizations in which managers explicitly identify their organizational practices as meritocratic in actuality demonstrate greater gender bias trends favoring men over equally qualified women in performance evaluations, resulting in unjustified, disproportionately large monetary rewards to men over women. Further, belief in meritocracy has been found to facilitate intolerance toward low-status groups (eg: women, people of color, immigrants) by way of increased justification of inequalities relying on stereotypes and negative inferences about specific social groups. Studies show that participants’ belief in meritocracy increased their negative biases against minority groups. (5)

Bias, not merit, continues to filter out diversity in hiring

Some people believe that discrimination in the workplace is a historical issue from long ago and no longer relevant today, and some even believe that unfair, preferential treatment is given to underrepresented groups through affirmative action policies – research suggests otherwise. Bias against underrepresented groups widely continues to play a deciding role in the employment selection process. In the 2004 labor market study conducted by Marianne Bertrand and Sendhil Mullainathan, (6) the researchers responded to over 1300 employment ads across various industries and levels with fictitious resumes that differed only by names sounding either like those of black people or white people. Resumes with white-sounding names received 50% more callbacks than resumes with the same content and black-sounding names. In fact, according to the study: “a White name yields as many more callbacks as an additional eight years of experience on a resume.” A 2017 metaanalysis of field studies of discriminatory hiring practices finds that whites on average receive 36% more callbacks than blacks for job applications, a disproportion that has not improved since 1989. (7)

Inequitable outcomes in presumably meritocratic systems play out with regularity in the business world. In October, 2019, Intel Corporation settled with the U.S. Department of Labor after being charged with “systemic pay discrimination against female, African American and Hispanic American employees.” (8) Intel, which in 2015 announced diversity as a top priority, is widely recognized in the tech industry as a leader in efforts to advance diversity and equity, as highlighted by their advances to achieve equal pay for equal work. Yet despite these initiatives, systemic gender and race-oriented pay disparities persist, and not just at Intel. Racial and gender-based pay disparities continue to be a significant source of inequality across the United States. Despite black women being the most educated demographic in the nation in consideration of the percentage of associate and bachelor degrees received, (9) nationwide data from Pew Research Center show that black women hold median earnings of just 65% of that of white men. Hispanic women earn just 56%, and white women 82%. Black men continue to hold median earnings of just 73% of what white men earn with no narrowing of the gap since 1980. Hispanic men’s comparative earnings in the same time frame went from 71% to 69%. (10)

If presumed meritocracy reproduces inequities, what can be done about it?

Meritocracy is a powerful ideology that may intentionally or unintentionally serve as a justification for conscious or implicit bias in decision-making. Biased decisions, in turn, result in poor hiring selections and inequitable compensation, among other significant outcomes that filter out and suppress diverse talent in organizations. Alternatively, meritocracy as a value may be coupled with a commitment to achieve institutional equity. Real meritocracy is established by policies that are equity-oriented and sustained by anti-bias measures. Such policies can make a real difference both in organizational efficacy and in people’s lives through reforms for more accurate and equitable employment and promotion systems. (11) In consideration of the pervasive biases undermining meritocracy in organizations, the following is a selection of suggested anti-bias measures in response to common institutional biases disrupting evaluation systems in hiring and promotions:

Overall, it is critical to recognize that bias in organizational decision-making is the default, not meritocracy. Senior leadership, managers, and human resource professionals are the institutional gate-keepers for an organization’s distribution of resources and opportunities, such as hiring and promotion. With strategic and proactive steps, a meritocratic workplace can be designed with a lens for equity-oriented policies.